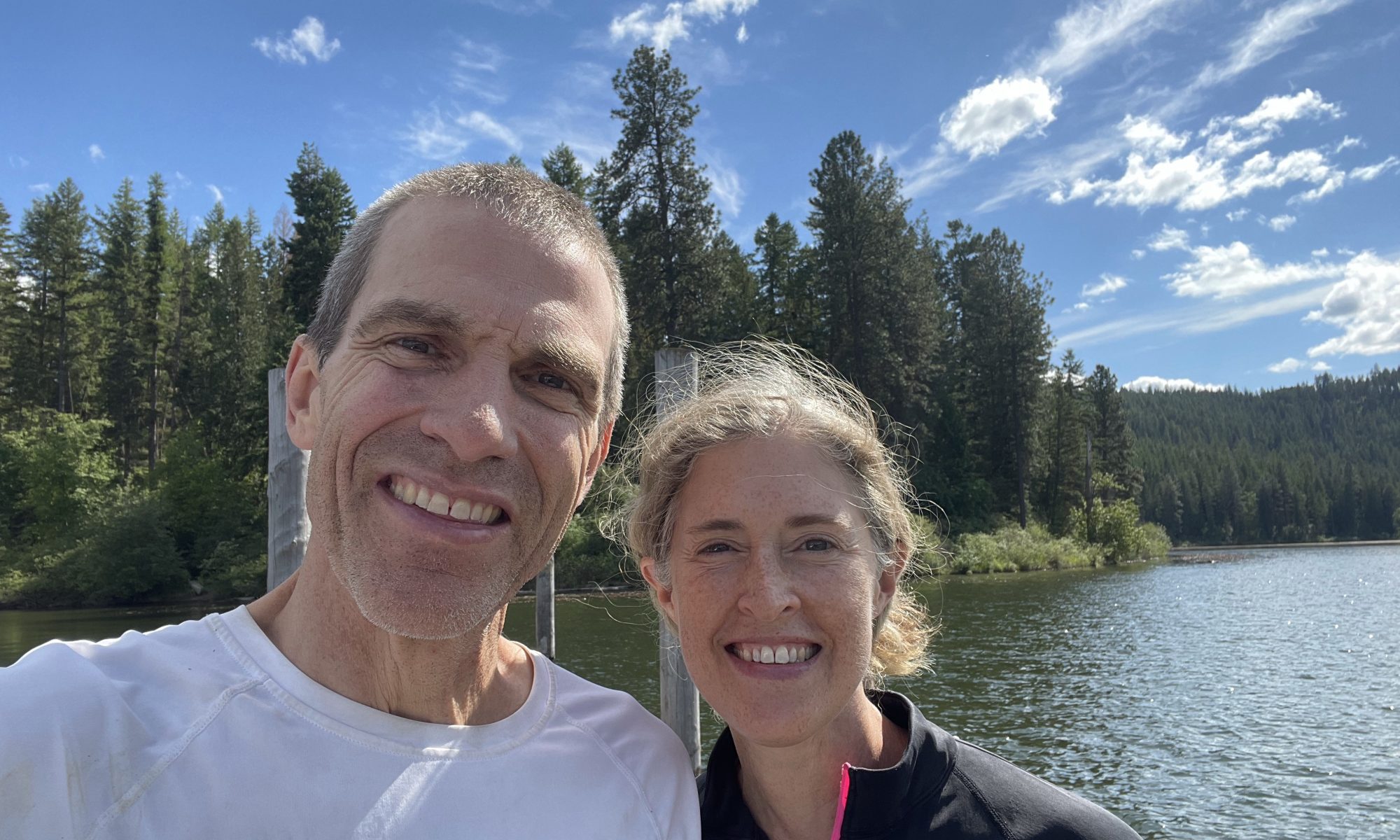 We really didn’t know what we were going to be riding on today as we headed out of Spokane toward the southern end of Lake Coeur d’Alene. Because we do not know the area it is hard to judge in advance what the shoulder of the road will look like and what the hill profile will be. Mostly, it is hard to predict the traffic. And more than anything else, traffic drives us nuts. Because of all of the unknowns, we planned a relatively easy day. We started early and well rested. We rode through Spokane and Spokane Valley prior to heading south. In Spokane our route did pretty well at keeping us off the busy roads, and we mostly were in old quiet neighborhoods and industrial areas. Out of Spokane we stayed on mostly farm roads, with a few highways interspersed. Generally the traffic was light and the shoulders were adequate. There were a few places where traffic got busy, and there were a few places with no shoulders, but generally they didn’t happen at the same time.

Today it felt like we were on rolling hills for most of the day. And rolling hills suck the life out of you on a heavy bike. It was like HIIT (high intensity interval training) on steroids. It took us about five hours to cover 56 miles. Many of those miles were crawling uphill at very slow speeds or coasting downhill at fast speeds. A few places we were on dirt roads and couldn’t pick up as much speed going down. And on some of the steep uphill sections we were starting to lose rear wheel traction. It takes a pretty steep hill to make a bike this heavy lose rear wheel traction. Overall the ride was pleasant. Aside from the pain of the HIIT workout, we were riding through beautiful farmland surrounded by distant pine-forested mountains, and the weather seriously was perfect. We were together zoning out in nature, and we had pretty good snacks.

We arrived at our accommodations, another campsite at Hawley’s Landing at Heyburn State Park, ID, a bit earlier than anticipated. We could’ve banked miles and started our path to Wallace, but this is such a peaceful location we couldn’t bring ourselves to leave. It’s not a race…. This campsite is so beautiful, with the tall stately pines all around, the lake behind them, and myriad birds singing. Currently there are no other campers in view.

The campsite has hot showers, and when one can’t soak in a hot tub, taking a long hot shower is a nice consolation prize.

Our tent is set, birds are singing, and it is time up cook dinner. This is heaven.

Here are some photos from the day.