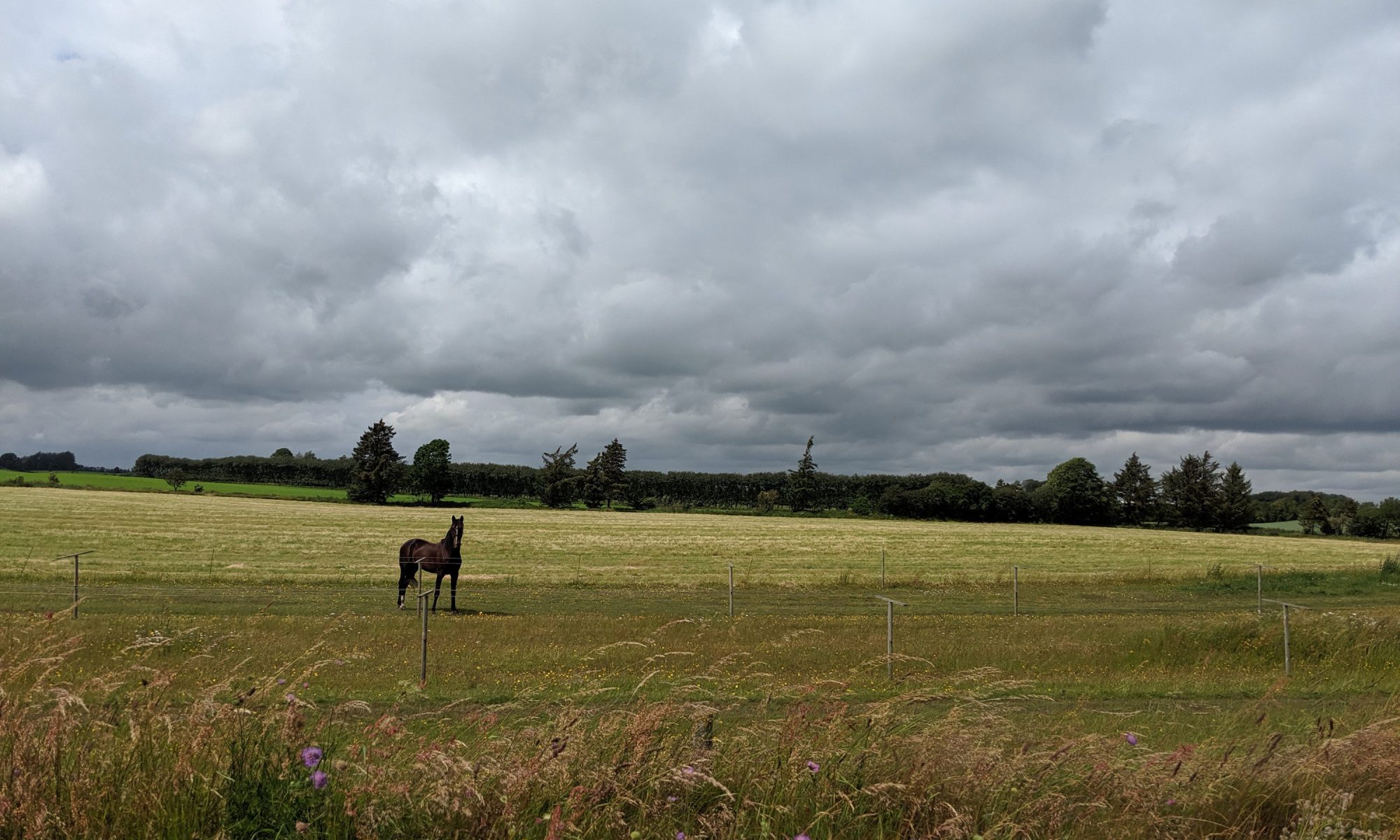 We actually were on the bike by about 7:15 this morning, because we got ourselves into an earlier sleep schedule (hope it lasts). We hoped to do about 85 miles today, and we did 90. Trying to do a bit of catching up from the two days we lost due to the bike being stuck in Paris. It was a cooler day but also very windy, sometimes a head wind. So we were on the road for almost 13 hours, including a few grocery store breaks. It was a bit rainy, but not too bad. And now we have good rain gear, unlike our first Europe trip two years ago.

We did have a little “tip over” incident due to an unexpectedly soft shoulder going up a hill, but other than one broken bike bell and a few bumps and scrapes we were fine.

We were mostly on beautiful bike paths today, and when they were surrounded by trees that gave us a much-needed break from the wind. We encountered quite a few helpful, friendly people today. That’s always nice! The world has so much good, despite the problems.

We are now at an Airbnb in a town called Herning. It’s a nice basement apartment, set up to accommodate 3 sets of guests at the same time, but we’re the only ones here so we have the kitchen, living room and bathroom to ourselves. We showered, ate a good, simple grocery store dinner, and will soon be sleeping soundly I think. 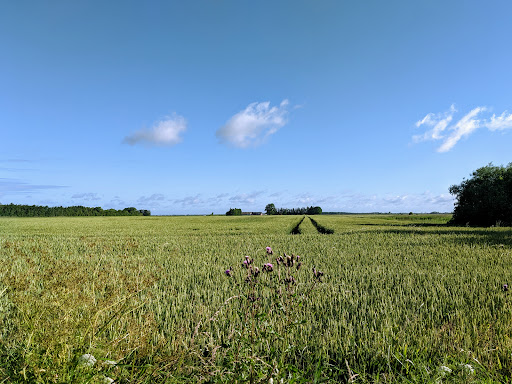