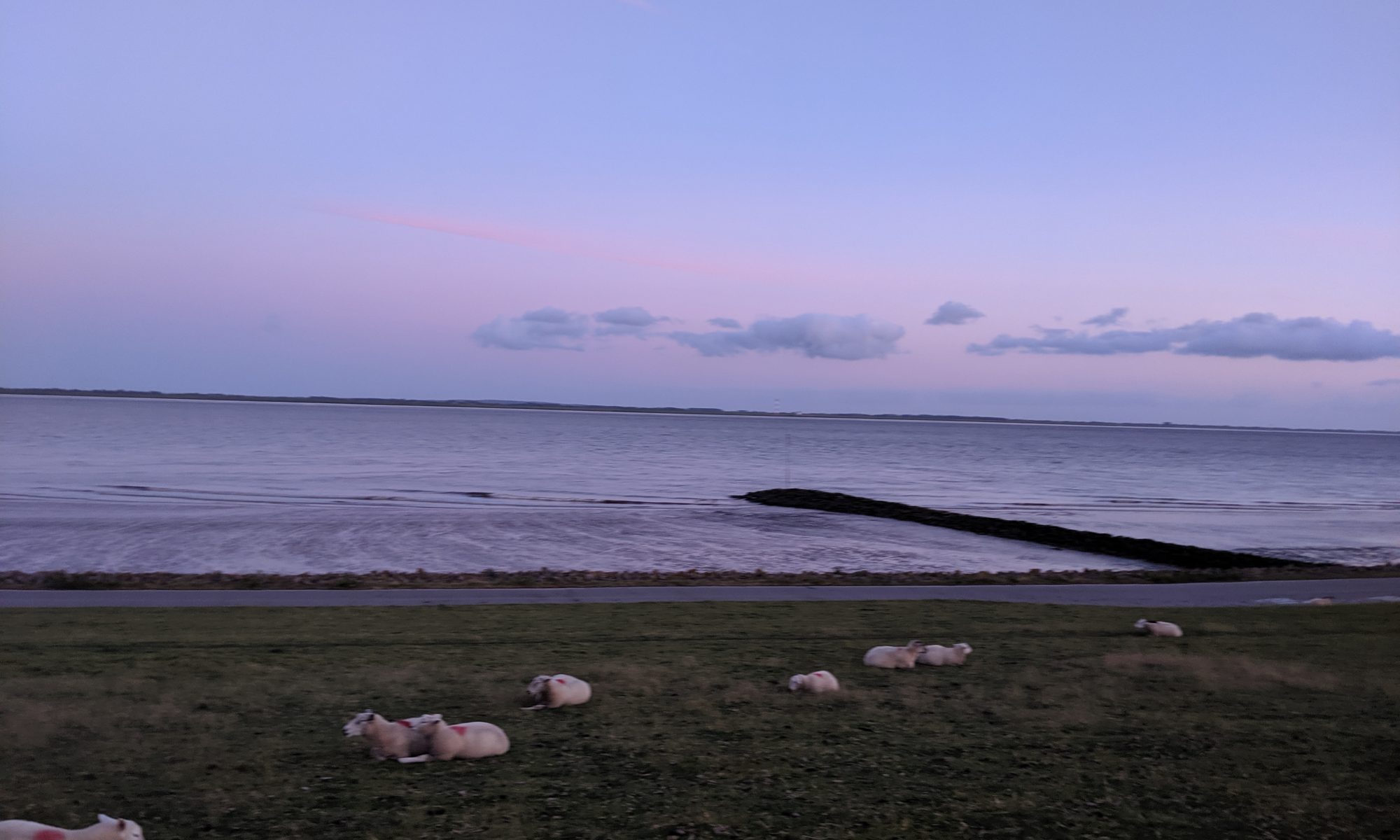 We got off to a later start this morning, due to a later night. But we had slept well. We grabbed a grocery store breakfast and were pedaling by about 10:00 AM. Very soon we left Denmark and crossed into Germany.

The day’s weather was a bit all over the place — wind, rain, sun, clouds, cool, warm — but we didn’t complain when we had a tail wind sometimes. That helped us make up for the later start, and we were able to ride basically 90 miles before finding a cute, comfy campground right by the Elbe River.

Today’s route was usually near towns, and sometimes a bigger road but always with either an adjacent bike path or good shoulder. We rode through some beautiful neighborhoods and picturesque towns. We were amazed at how many wind turbines or “wind farms” we have seen. Kudos to Germany for efforts toward renewable energy.

During the day we ate “off the bike” and found a great salad bar at one grocery store for dinner. Campground showers felt good. It’s a bit chilly but dry tonight, and we’re looking forward to our sleeping bags. 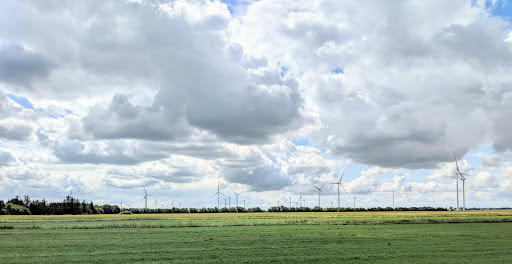