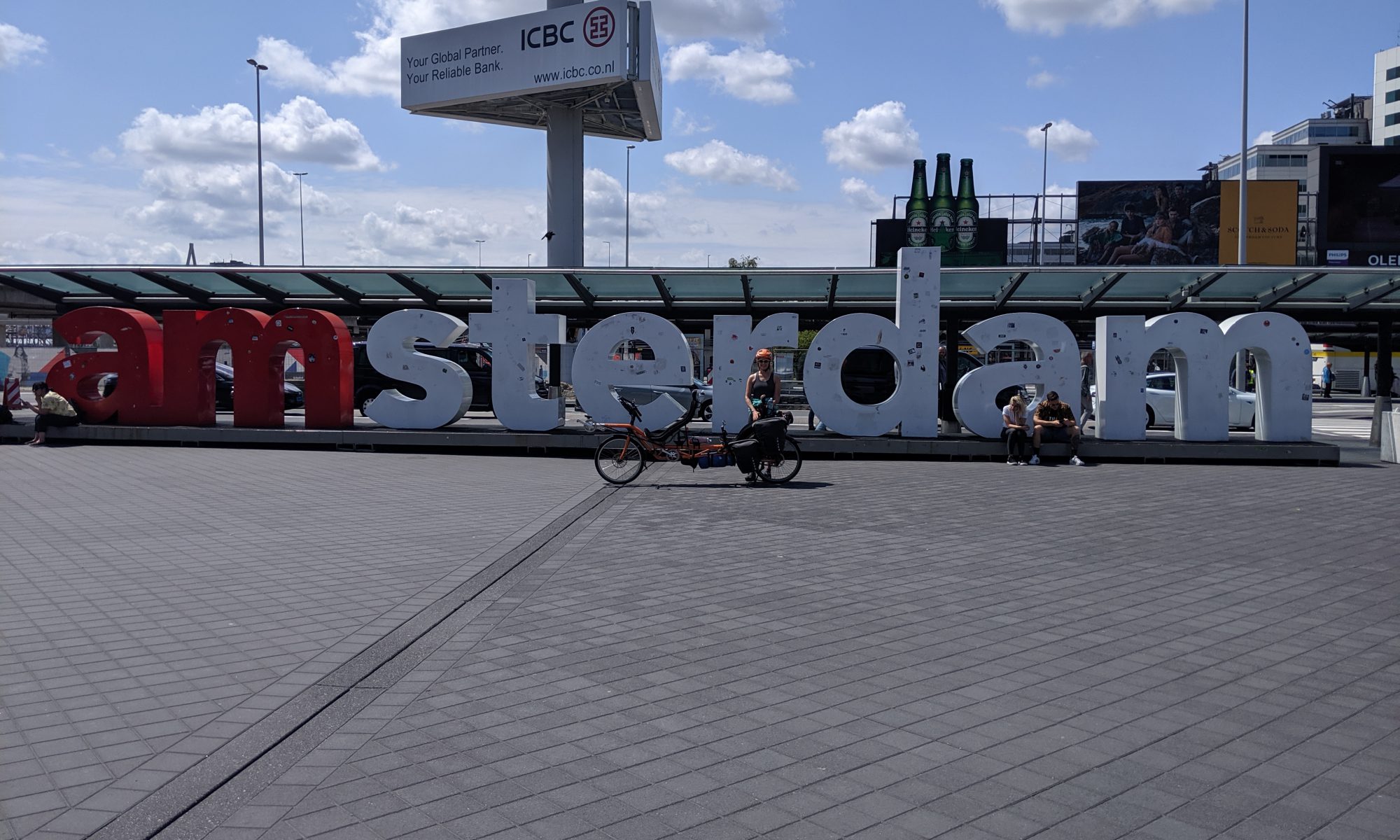 We slept great. For the second time on this trip we had air conditioning. It is so nice to have a cool room to sleep in. The hotel had a large breakfast buffet, so we just continued our feast from last night and over-ate a second meal. We were on the road around 10 and had an easy 30 miles to the airport. It was a different experience than in past days: often I watch miles wondering why they pass so slowly. Today I wondered why they passed so fast.

We had several construction detours and had to reroute a few times — one time it was a significant reroute in a more crowded suburb of Amsterdam. Luckily, while trying to find our way we found a place where we could get a spinach smoothie.

I hadn’t been very careful with the destination address, and we ended up at the airport (technically) but several miles from where we actually needed to be. Whenever we have minor navigation challenges we think back in amazement that people found their way around this world without a computer telling them what to do next. It is amazing to think my bike computer, about ⅓ the size of a mobile phone, stores internally a map containing almost every road in the world.

We made quick work of packing our bike at the airport. Previously it had taken us 2-3 hours. Today it took us an hour. Unfortunately being ahead of schedule didn’t buy us anything, as I had told our Airbnb host we wouldn’t be to her house until 5 so she isn’t going to be there until then. We are hot and sweaty in our biking clothes schlepping around 2 panniers each and don’t feel like going into Amsterdam like this, so we are catching up on email in the airport and writing a blog entry.

We are sad to have this be over. It was a good ride.

One Reply to “Ride to Amsterdam”