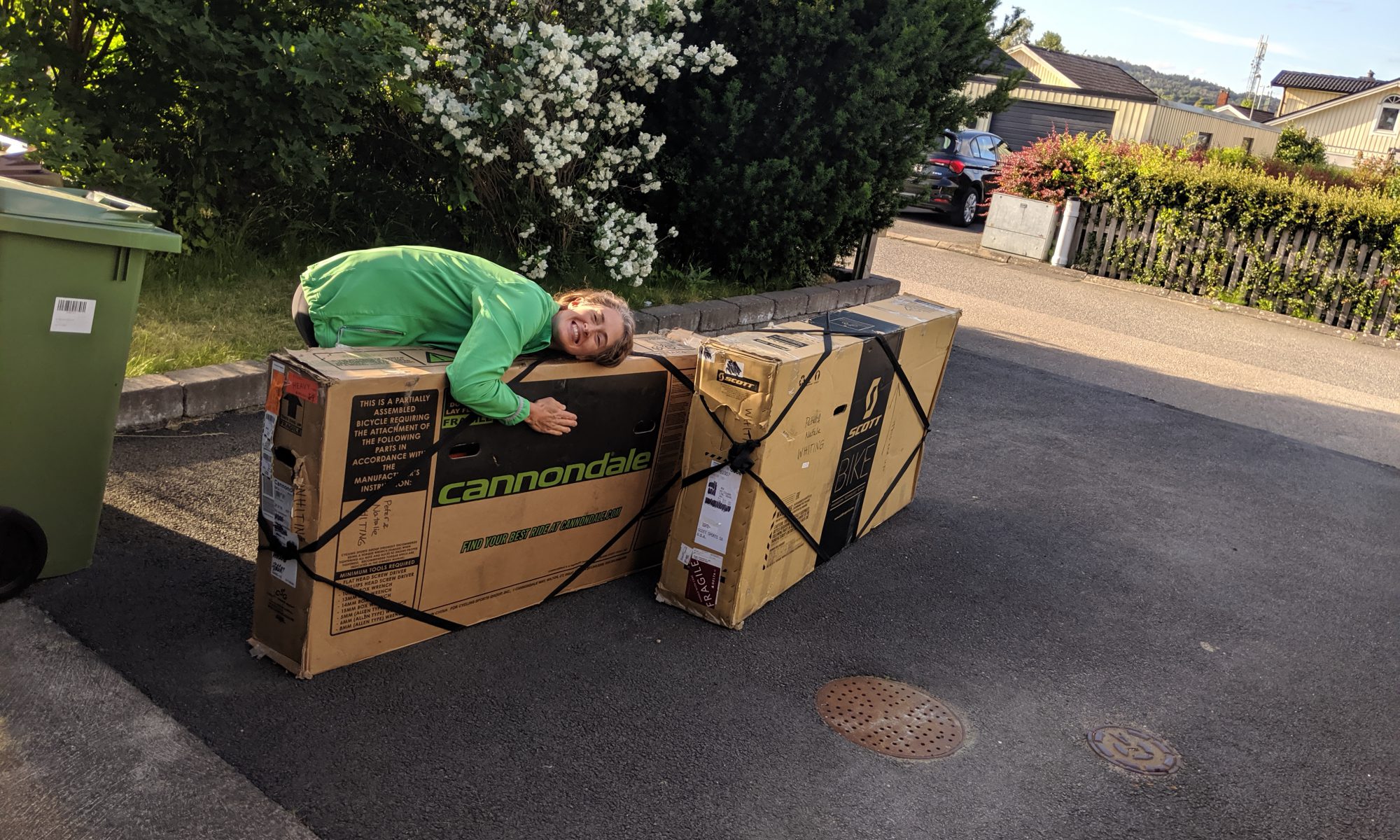 … And yes it feels so much better than being separated from our orange bike!

This morning we had a sure enough sounding message from the airport (that our bike had been on the midnight flight) that we got up early, dressed in our bike clothes, and Uberred to the airport, ready to put the bike together and get in as many miles as we could. But … it wasn’t there. Long story short, we waited a while, communicated with all kinds of airport/airline personnel in a few different countries, waited to see if it got on the next flight, and finally left the airport bikeless, pretty bummed but knowing we had to get out of there and try to still enjoy Sweden.

We public transportation-ed to a town called Kungsbacka, a bit south of Gothenburg, just for a change of scenery and a small but tidy Airbnb with a kitchen. We walked in town a bit, got food, and tried to figure out what we could do to enjoy our time but still be available if the airline called. We couldn’t go off wandering too far since we only had feet and buses for transportation now. Just when we had given up on it arriving tonight, Pete got a text in Swedish that mentioned 25 minutes! Thanks Google translate for helping us text back that yes we would be available for our missing luggage to be dropped off!! The guy doesn’t know he almost got a hug from me, but we were so happy to see those two boxes — and they were in remarkably good condition! We spent the next couple of hours putting it together happily. Such. A. Relief. Thank you, bike guardian angels! Thank you anyone in the airlines who helped it happen in the end (finally). 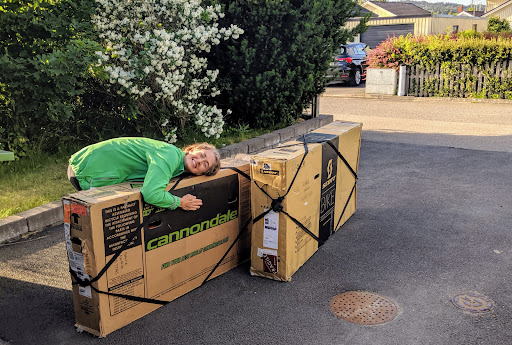