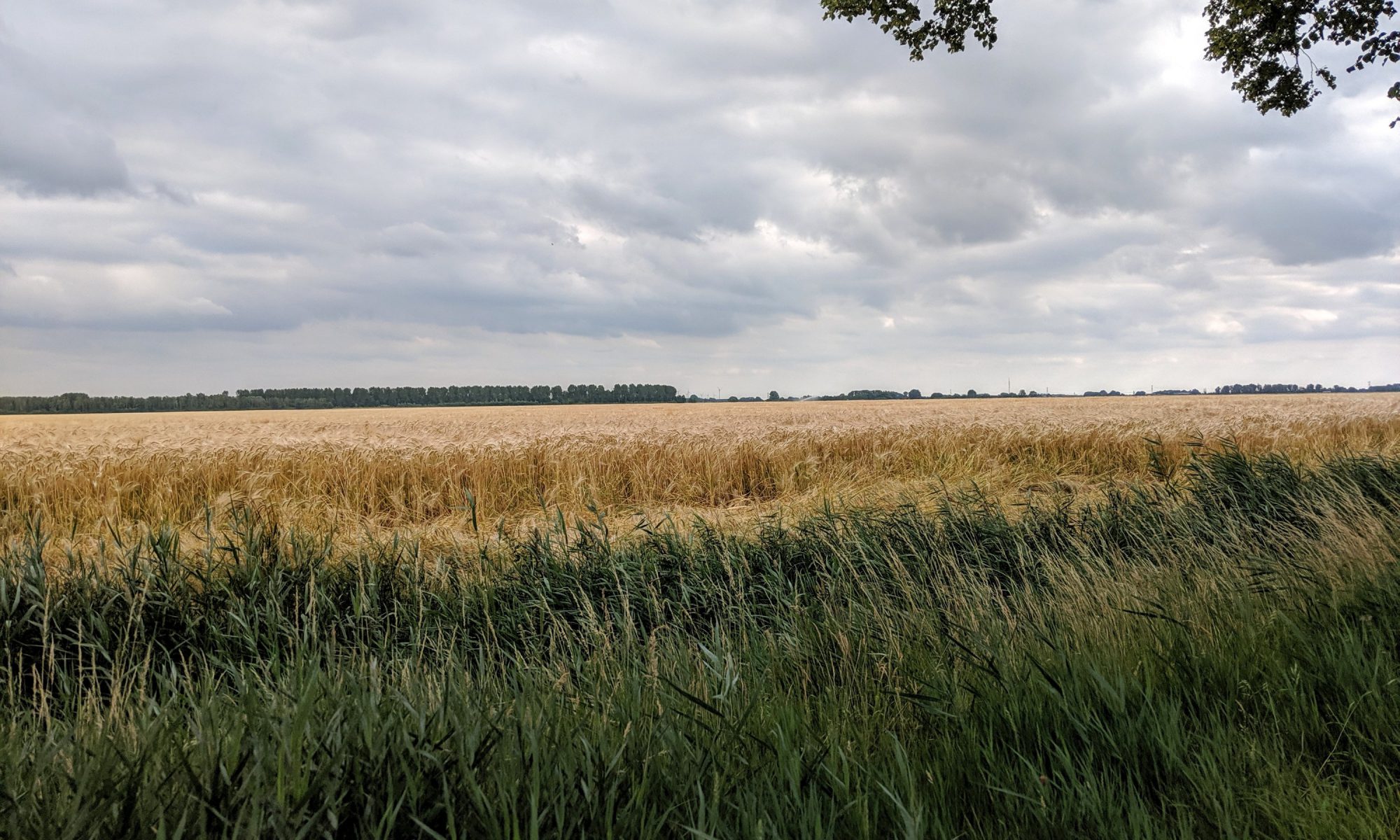 We are writing this on Saturday morning, as last night we were completely exhausted. We started at 7:30 in Bremerhaven, just missing the ferry about 10 minutes into our ride. We waited about 20 minutes and soon were across the river riding towards Holland. It was about 70 miles to the border.

The ride was still pretty rural with a mix of bike paths and small roads. The traffic was light and slow when we are on the road. It seemed like we passed through small towns at least once an hour and we seemed to do a better job stopping and eating. Sometimes we would eat from the food we were carrying with us and sometimes we would buy something in a café or store. On one of the larger towns we stopped at a McDonald’s so I could try their vegan burger (the Big Vegan) that is to compete with the Impossible Burger and the Beyond Burger. It wasn’t worth the stop. 🙂

As we rode Natalie reviewed for me many of Shakespeare’s classics. I tried to tell her about some of the historical non-fiction books I’ve recently finished. It was a fun way to pass the time. Sometimes we just rode in silence, lost in our own thoughts.

We crossed into Holland a little before 5 PM. It was surprising to feel such a definite difference. Holland feels more modern. This could have been due to where we were in Germany, but it was surprising to feel the difference almost immediately upon crossing the border. We had stopped at a grocery store about 5 miles before leaving Germany and one about 5 miles after entering Holland. If felt like both were in towns of similar size, yet the one in Holland seemed so much more modern and more organized. The one in Germany was consistent with the two we had visited in Bremerhaven the night before. Maybe we have a sample size problem, and maybe it is because the one in Holland had the best vegan chocolate pudding ever (it came in a carton and we just drank it like you would drink a box of milk), but we immediately fell in love with Holland’s supermarkets. Hopefully the next few days will be consistent. 🙂

The bike paths in Holland have been amazing. Sometimes there are as wide as a small road. Often they take you next to canals where you can see beautiful houses and their boats docked in the back yard. We had fought a headwind for most of the day, and that seemed to die down in the evening. We were feeling good (due to the vegan chocolate pudding super powers) so we decided to ride to Assen. This made our total milage a bit over 110 miles. In 5 days we have ridden a little over 450 miles. We are a bit tired. Luckily our Airbnb for Saturday is about 50 miles away, so we have no option but to take it easy for the last segment this week.

Part of the reason for the big push last night it is supposed to start raining today. Our ride to Zwolle will be in the rain. Gratefully we have great waterproof coats and pants — a lesson we learned the hard way on our first Europe ride.

We are staying in a nice hotel in Assen. We checked in after 9:30 PM. The place is part of a large building that has a pool which seems to be a destination in and of itself. When we asked about hours that the pool was open the front desk lady said something like: you can’t go tonight because it closes at 10. We still had to secure our bike in a special bike storage area quite far from our room and then haul out bags to our room. Clearly she didn’t know me. Needless to say, I had a solid 15 minute soak in their warm pool. Sadly there were no hot pools like Iceland, but the soak did me well. Our room is very nice and for the first time this trip we have air conditioning. We are in heaven.

It is now Saturday morning and Natalie is just waking up after 9 hours of sleep. Apparently a little bike ride does wonders for your ability to sleep well.

After breakfast note by Natalie: Our stay included a huge buffet with all kinds of options, even for vegan eaters, and we ate a large and wonderful breakfast! So good! 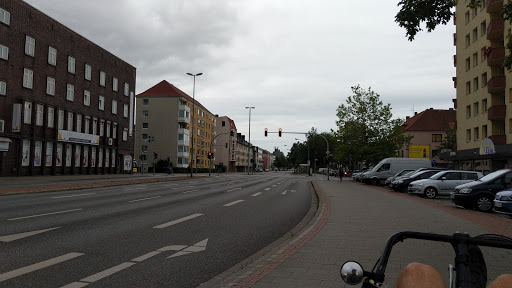