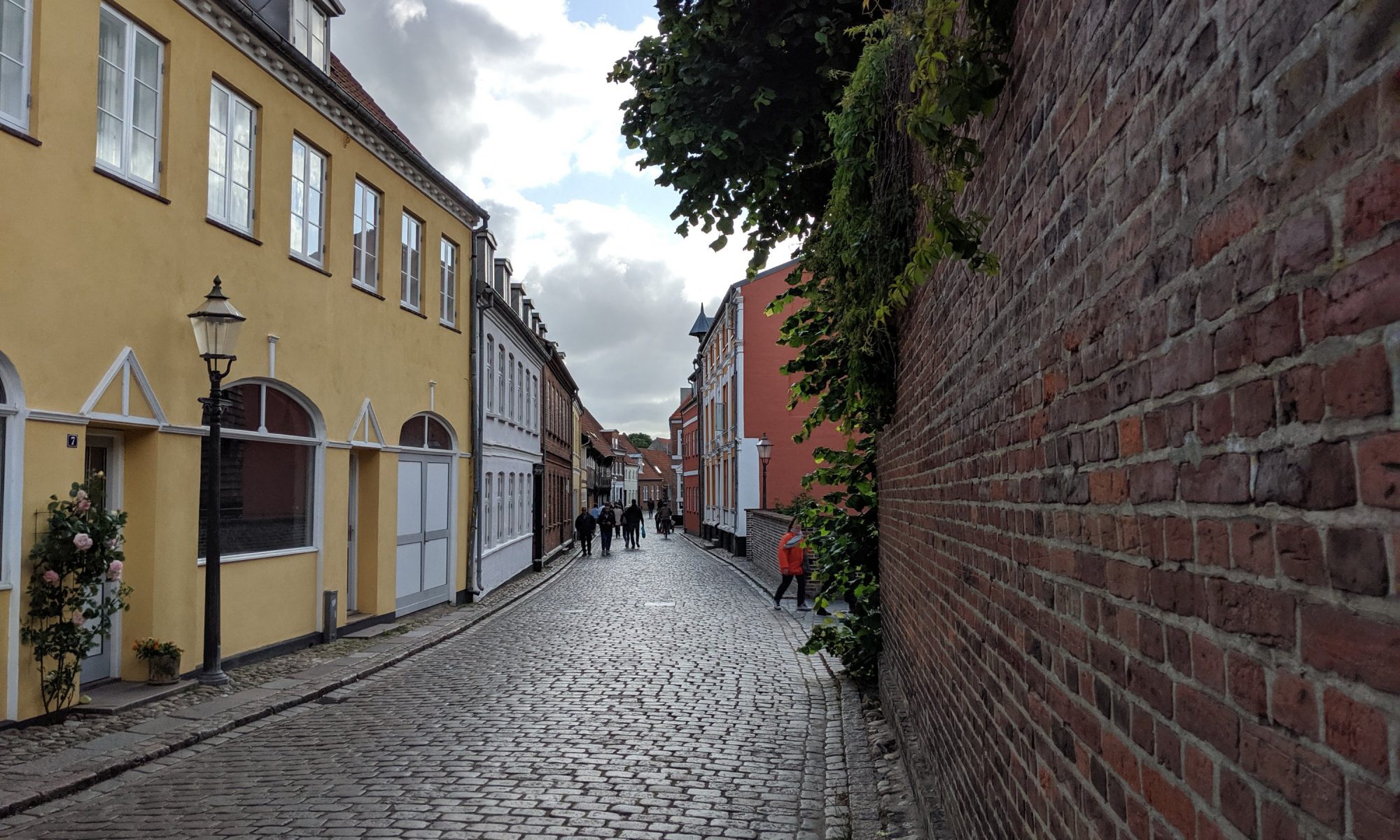 We slept well in our Airbnb. It has been hard to justify camping when you can sleep on a bed, have as long of a shower as you would like, and have a normal kitchen for the same cost. Our stays in Denmark have all been around $50 per night, including the night we slept in our tent. As I’ve started to look for accommodations in Germany I’ve begun to realize that even though Denmark felt more expensive than Sweden, both are inexpensive compared to Germany.

Today’s ride featured somewhere between 10 and 15 miles of single track and not another soul on the trail. It was so peaceful to ride in the woods in near silence. There were usually trees all around us which helped to shield us from the wind. Much of the balance of the day was on semi-abandoned roads. Today felt exceptional from a ride quality standpoint. Perhaps my favorite day yet. I just wish the single track had extended another 50 miles.

We stopped early in the day to buy a “chocolate triangle.” Think of a triangle shaped pastry the size of your head. It was like sitting down to breakfast and eating a birthday cake, with flaky layers of pastry and some kind of cream, topped with gooey chocolate. Natalie’s assistant principal had recommended it, so we had to eat one, right? We thought about eating it in parts, as some allegedly eat an elephant. The metaphor works here. But the pain of packing it up and stuffing it in our bags left us no choice but to eat the whole thing in one sitting. That’s our story at least. It was great and somehow we didn’t have a sugar coma 30 minutes after eating it.

We ate lunch at a grocery store, again. This is starting to be a habit for us. We also stopped and ate veggie pizza and salad for dinner in a quaint town called Ribe. The winds shifted in the late afternoon and we hadn’t made reservations, so we decided to bank some miles and ride with a tailwind. In less than 3 hours with the wind at our backs we covered what would have taken more than 6 hours riding into a headwind. We finished the day at a little over 100 miles and 2000 feet of vertical. We are staying in another Airbnb in Tønder. We love how unique each stay is.

I was reminded again and again today how lucky I am to have Natalie. Who else would put up with a vacation that includes 12 hours of physical exertion day after day, rides into the woods just hoping the route planning software isn’t going to lead us to a dead end, eating gigantic pastries immediately before a big ride, and just smiling when I make stupid statements like: “It’s a vacation… It’s supposed to hurt.” 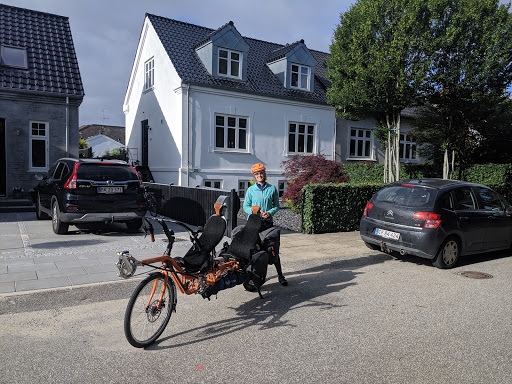 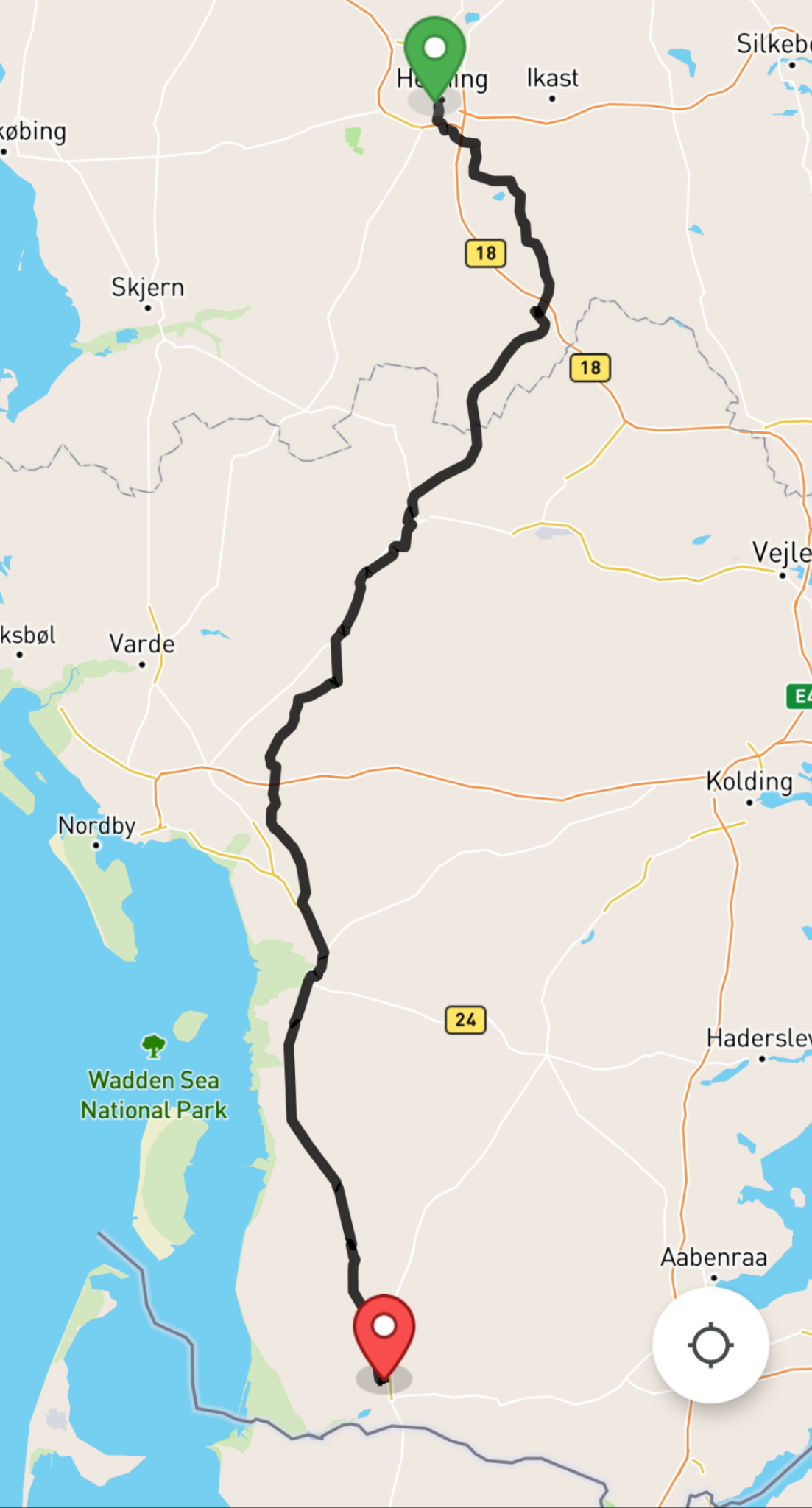