(Co-writing today, but the “I” is usually Pete as he was typing.) We are writing this from an Indian restaurant near where we are staying in the 18th arrondissement. We are happy to have found a vegan-friendly place to eat (recommended by a local on the street and also our Happy Cow app). The real challenge of this tour is less about riding a bike through Europe and more about finding food that fits our diets.

Today we woke to rain. A lot of rain. Hooray for Jean-René! We had no idea if it would stop, so we put on our Houdini coats and started to ride in the rain. 5 hours later it was still raining and we were soaked! The wind and cold added to the experience. The Houdinis held up poorly. We were drenched and cold. (Yes this paragraph is repetitive on purpose because it rained a lot and we were cold.)

We had our first gravity check today – we hit some very loose gravel and tipped over. Luckily we were already in the process of pulling over and going slowly. It caused minimal damage to us and the bike and we learned something else to watch out for. Part of the learning experience.

I had Barry Manilow singing “I made it through the rain” in my brain for hours today. That may have been the worst part of the ride. The situation called more for an “eye of the tiger” vibe than Barry’s slow jams.

The traffic became more and more dense as we approached Paris. I think there are a few good bike routes into the city. We weren’t on one, but we survived. Occasionally a driver or pedestrian would give a thumbs up or honk or shout a cheer to encourage us on our way. It would always make us smile.

Today’s ride was between 40 and 50 miles. We were slowed by the weather and the last 5 miles we were slowed by traffic. Imagine a big long tandem bike trying to navigate New York City during rush hour. That was us. Natalie has to pedal solo much of the time as I have my feet on the ground to catch us as the cars stop and start.

We drug our tired bodies into our Airbnb flat on the North side of Paris. This is clearly a non-tourist part of town. Our flat is really small but we have it to ourselves.

Upon arriving we showered (we were both chilled) and started doing laundry. This Airbnb has a washer but no dryer, as is common in Europe, so we had to get our clothes washed quickly so they would have 36 hours to air dry.

Next we headed into the center of the city on the metro. We found the bridge from the movie Inception that Amy wanted us to find. That was cool! It’s called le Pont Birk-Hakeim and it’s close to the Eiffel Tower. That area was of course insanely busy but we wandered around and took some photos. It was fun and touristy. Despite the crowd, is a pretty part of the city. We have both been there before but not together. Later we took the metro back to our AirBnB flat and bought a few groceries. Then we took on the project of finding dinner with vegan options and finally happily ended up at the aforementioned Indian place which turned out to be excellent!

Now we are pretty beat and looking forward to a rest day / day of rest tomorrow. It has been a good four-day haul to Paris. Fun to be here together! Crazy how diverse each day’s experience has been so far. 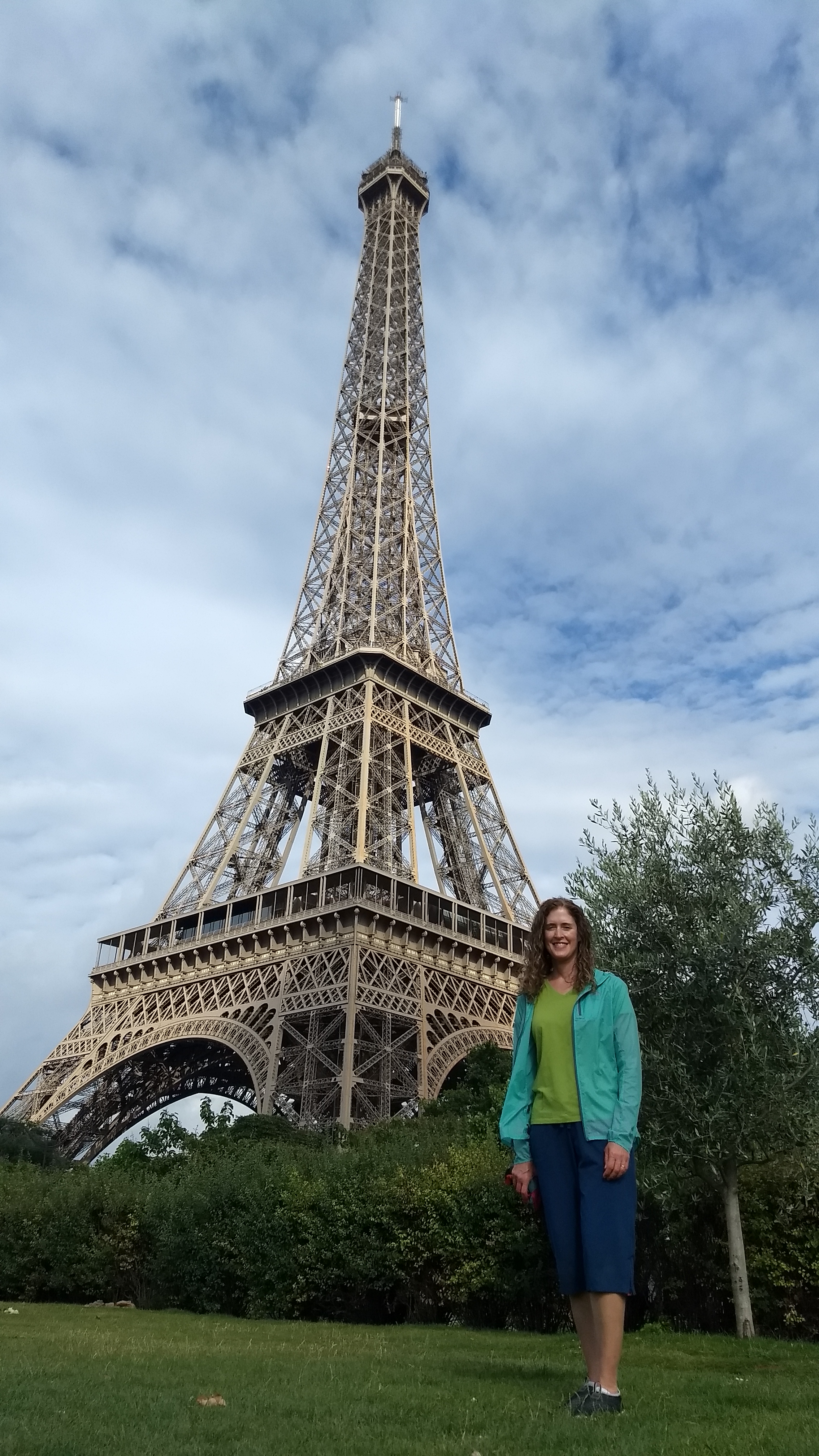 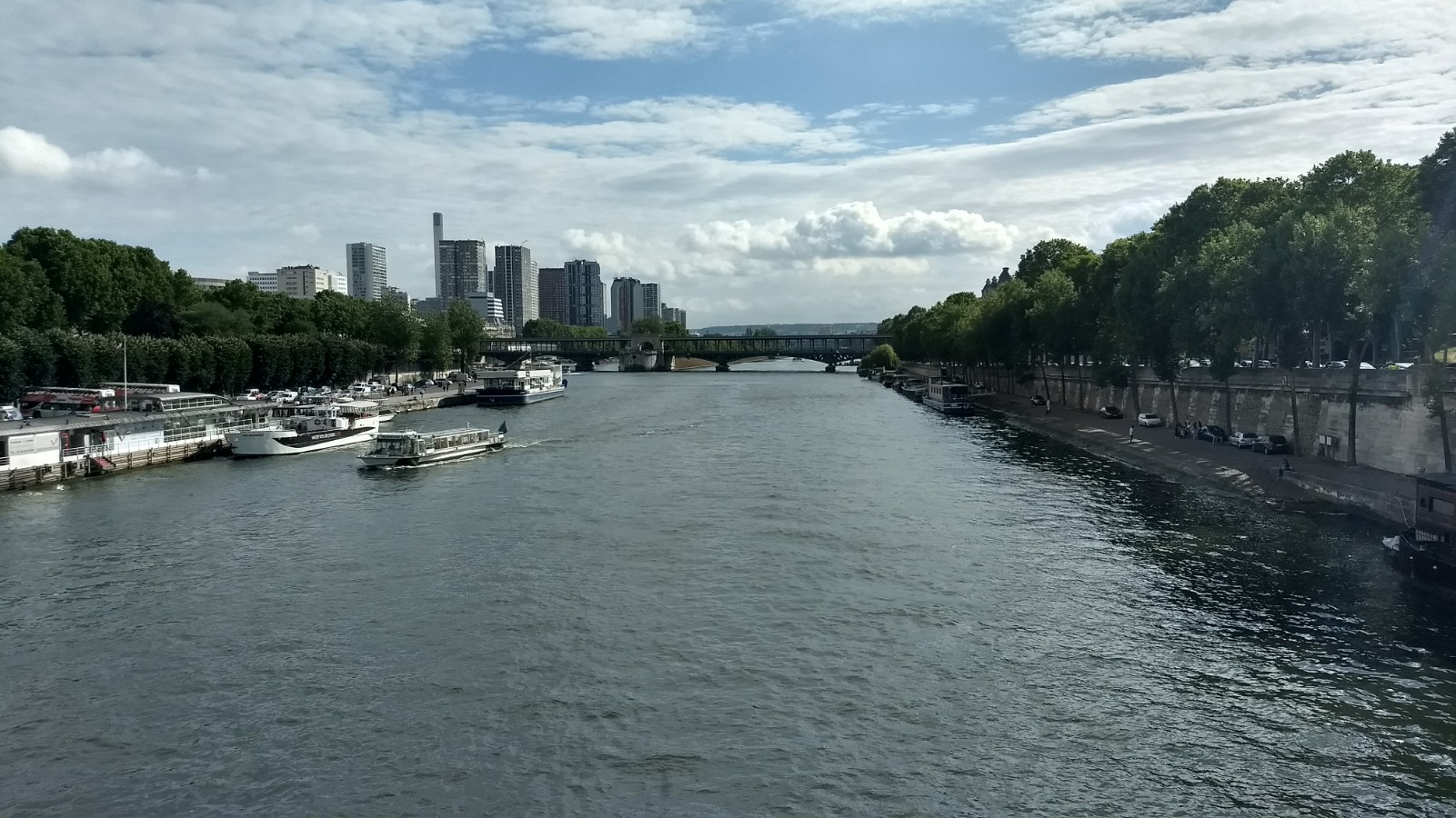 One Reply to “Sufferfest from Compiègne to Paris”